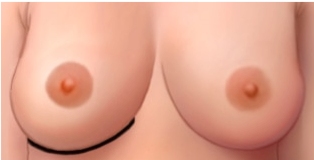 There are few studies examining the risk of locoregional recurrence in patients who undergo nipple-sparing mastectomy (NSM) for pure ductal carcinoma in situ (DCIS). A rather sizable study from South Korea sheds new light on this issue.

The authors report on a total of 199 consecutive patients diagnosed with pure DCIS treated with nipple-sparing mastectomy and immediate breast reconstruction. All patients in the cohort underwent both a frozen section and permanent section showing no evidence of tumor in the retroareolar resection margin. Over 90% of the patients had sentinel node biopsies, and none were positive on frozen section. Fifteen patients and adjuvant hormonal therapy and no patient had radiation therapy before locoregional recurrence. Sixty-five percent of patients had flap reconstruction, and 35% had reconstruction with implant or expander.

When the researchers applied univariate analysis to the study, the factors found to increase locoregional, and nipple recurrence included the following:  tumor size greater than or equal to 4 cm, high nuclear grade, negative estrogen receptor status (ER), negative progesterone receptor status (PR), and Her2 positive status. When using multivariate analysis, only negative progesterone receptor status was significant with 4 cm or greater tumor size, almost reaching significance. Because the number of recurrences were small it was difficult to evaluate tumor to nipple distance as a risk factor for local recurrence. Nonetheless, they found no statistical difference in recurrence for tumors greater than or less than 1 mm from the nipple.

In summary, this study showed that the incidence of sentence structures locoregional recurrence in patients undergoing nipple-sparing mastectomy for pure DCIS was quite low. In examining the entire cohort, the 10 – year local recurrence rate was only 4.5%, and the nipple recurrence rate was also low at 3%. The researchers found that tumors greater than or equal to 4 cm, high nuclear grade, ER-negative status, PR- negative status, and Her2 positive status all impacted the risk of recurrence. When  multivariate analysis was applied, only negative progesterone receptor status reached significance.