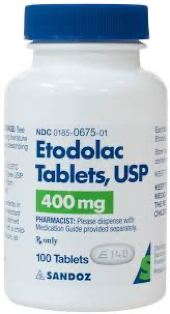 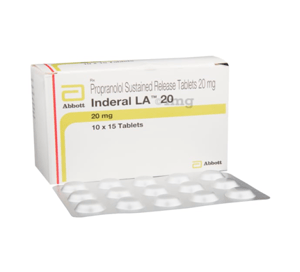 We have known for some time that COX 2 has been overexpressed in many epithelial cancers, including breast cancer. In March 2019, a blog post on the Breast Care Network website, demonstrated that celecoxib alone did not inhibit the growth of breast cancer. An article recently appeared in the journal Cancer, that looked at the effect of perioperative COX2 as well as β–adrenergic blockade on tumor markers for colon cancer.­­­­­ It has also been suggested by extensive preclinical research that surgery itself, may encourage new metastases by promoting the outbreak of pre-existing micrometastases. Most researchers believe that the metastases are triggered by the stress–inflammatory response to surgery. More specifically, catecholamines and prostaglandins are implicated in many studies as potentially promoting cancer metastases. The pro-metastatic effects of surgery include the following: (1) A direct impact on tumor cells, which promote invasion and resistance to cell death, proangiogenic factors, and epithelial-to-mesenchymal transition (EMT).¹ (2) Suppression of anti-metastatic immunity. There is much data that colorectal cancers that exhibit COX 2 are an adverse prognostic factor and that colorectal cancer metastases show higher levels of COX2 than does the primary tumor. 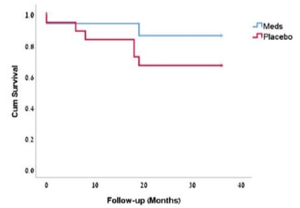 There were no severe complications in the treatment group. The follow-up was approximately three years. Despite the 2 groups being comparable, using intent-to-treat analysis, only 2 of 16 patients in the treatment group had a recurrence compared to 6 of 18 in the placebo group. In protocol -compliant analysis, 0 or 11 patients recurred vs. 5 of 17 recurrences in the placebo group. Many researchers now believe that the short perioperative period is critical in determining whether microscopic residual disease has the potential to become metastatic disease. “Mechanisms involved that affect tumor proliferation and apoptosis include angiogenesis and immunity… The common biological perioperative drivers of these effects are catecholamines and prostaglandins”.

In breast cancer as well, surgical excision of the primary tumor is vital in cancer treatment. Can it be possible that surgery itself, may facilitate the progression of pre-existing micrometastases? In an article by Haldar et al. from Tel Aviv, the authors, as in the above colorectal cancer study, noted the importance of catecholamines and prostaglandins as being pro-metastatic at the time of surgery and the stress of surgery. They stated that glucocorticoids seem to have a lesser role. They noted that in studies using a blockade of both catecholamines and prostaglandins that this combination of two blockades was superior to one, as pointed out in the Celebrex™ study mentioned earlier. In this study from Israel, 38 patients were randomized to receive either a placebo or etodolac (400mg) and propranolol beginning five days before surgery and ending five days after surgery. Propanolol was given at a dose of 20 mg BID except on the day of the operation, at which time it was given at 80 mg BID. There were no severe drug side effects. There was no long-term follow-up. As the study progressed, the authors assessed (1) transcription control pathways and whole-genome small mRNA profile in peripheral blood mononuclear cells (2) serum levels of several cytokines and soluble factors, and (3) the expression of Ki-67. In the preoperative period, the inflammatory markers increased in the placebo group, whereas drug treatment attenuated these increases. As one might expect, cortisol levels did increase in the preoperative period. In the excised tumors, drug treatment than interestingly reduced the expression of the proliferative marker Ki-67.

It appears from the results of these two studies as well as others that obliterating the inflammatory and stress response to surgery for solid tumors may impact long-term survival. The reduction in Ki-67 is exciting and needs more study. These studies serve as good examples of how an a priori theory may lead to significant advances in cancer treatment.

¹ Epithelial to mesenchymal transition (EMT) (Kalluri and Weinberg J. of Clin Invest 2009), Elizabeth Hay first described this process in 1995 (Acta Anat (Base:8-20) EMT is a process in which a normally

polarized epithelial cell, “which interacts with basement membrane via it’s basal surface” undergoes changes allowing it to assume a mesenchymal phenotype and migrate away from the basal layer. In many studies, activation of EMT has been proposed as a critical mechanism for acquiring a malignantphenotype.

TRIPLE NEGATIVE BREAST CANCER DIFFERS BETWEEN THE YOUNG AND THE ELDERLY