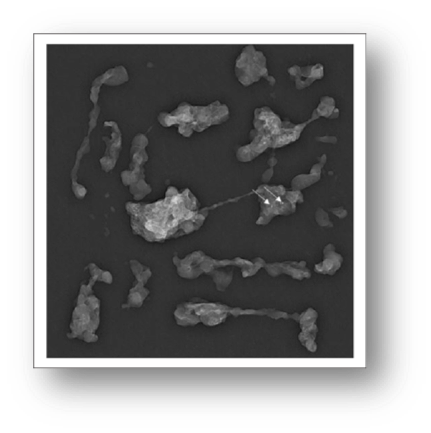 Editorial comment: Even though this article was published in 2017 the editors felt that a review would be worthwhile given that DCIS is continuing to become more commonly diagnosed and that needle biopsies have continued to increase in diameter. Consequently, patients who have had DCIS completely removed by core biopsy is a more common reality. This article published in the Annals of Surgical Oncology by Muhsen et al. from Memorial Sloan-Kettering Cancer Center serves as additional evidence-based guidance on the care of this conundrum.

The authors defined DCIS diagnosed by core biopsy with no residual disease on surgical excision, as minimal-volume DCIS (mDCIS). This circumstance has become more common as mDCIS is becoming much more frequent, accounting for approximately 20% of all newly diagnosed cancers in the US. In the 11 years beginning in 1990, 290 cases of mDCIS were identified at Memorial Sloan-Kettering and constituted the study population. Approximately 72% of this study group did not receive radiation therapy (210 patients). Those who did receive radiation or adjuvant endocrine therapy were more likely to have intermediate-or high-grade DCIS. 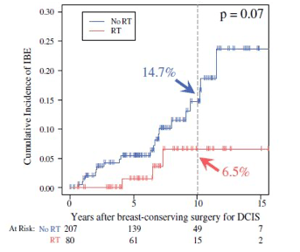 Entering into this study the authors hypothesized that patients with mDCIS who underwent breast conserving surgery and no adjuvant therapy would have an extremely low risk of local recurrence such that the risk of breast events in the ipsilateral and contralateral breast would be similar. This study did not support the authors’ hypothesis. The authors noted that the significant rate of ipsilateral breast events observed in this patient population suggests that any volume of DCIS in the breast should be considered clinically relevant.